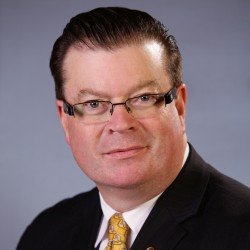 Bernie Finn was born and raised in Victoria, and has a history of civic engagement in Melbourne’s West. Bernie was first elected to represent the Western Metropolitan Region in the Legislative Council in November 2006. He was successfully re-elected in 2010, 2014 and 2018.

Actively engaged in Melbourne’s West, Bernie chairs the Keep Essendon Airport Committee. During his first session of Parliament, Bernie has spoken on Western Metro’s behalf in favour of greater support for community values, democratic reform, accountable government, and an economic policy that makes sense for hard working Victorians and their families.

Bernie served for seven years as the first Member of Parliament for Tullamarine (1992-1999). He is also an alumni of Salesian College. Bernie worked as a radio producer, announcer and operator for fifteen years. He also started and operated his own business before working in federal politics as a media advisor.

Bernie’s community service continued in the west through his volunteer activities with Neighbourhood Watch, the Napier Street Kids Project, as the government’s representative on the Melbourne International Airport Development Committee and Victoria University, and through the Australia Day Council (Victoria), the Australian National Flag Association and Australians for a Constitutional Monarchy.

Bernie is a proud supporter of the Mighty Tigers — Richmond Football Club — and enjoys Australian comedy and US politics. He and his wife Cathy have four children.

Your privacy is very important to us and submitted information is used only for the expressed purposes for which it is intended. In the unlikely event you wish to unsubscribe from Bernie’s mailing list, it is quick and easy to do so within each email received.